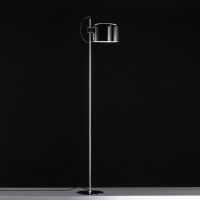 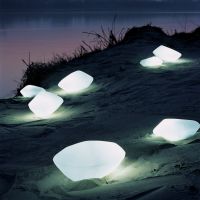 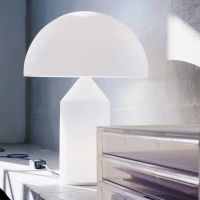 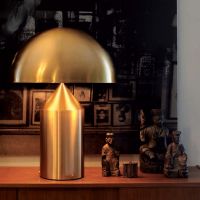 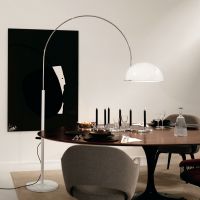 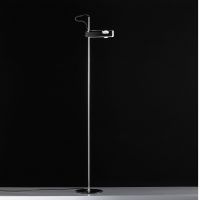 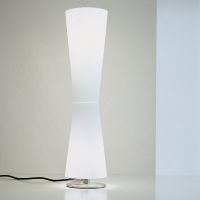 Giuseppe Ostuni founded Oluce in 1945. This makes the company to the oldest design company in Italy, which is still active today. Together with other major designer luminaire manufacturers of this era, it was Oluce, which became the linchpin of the Italian design industry. Thanks to the prestigious magazine Domus, Oluce succeeded the international breakthrough in the 1950s. With collections from the pen of Joe Colombo and Marco Zanuso Oluce developed timeless classics, which are giving rise to today's success. Lights such as the Coupe floor lamp, designed in 1967 by Colombo, are still as current as ever. She won the "International Design Award" and became one of the greatest achievements of the Company.

In 1979, Oluce brought the Atollo table lamp on the market. With this perfect interpretation of light and form the traditional Italian manufacturer put a monument. It belongs to the permanent exhibition of numerous museums such as the Museum of Modern Art in New York City. The Atollo was added to more than one lamp. It became a legend and influenced generations of architects and industrial designers. A light sculpture with attention to the detail.

Thanks to its expressive power the iconic forms of Oluce luminaires telling their own stories. The light mood and atmosphere that donate the Italian designer lamps, are as important as their functional potential.

The company's experience transforms abstract visions of lighting concepts in forms that seem timeless and in almost any style, from country house about modern to traditional, come into play.

The long heritage of Oluce will continue living in current drafts. The Kin pendant lamp by Francesco Rota discovered the Material Copper again. The innovative design language, high-quality materials and advanced technology make this hanging lamp to a contemporary classic, in the spirit of the great designers such as Marco Zanuso. With the latest LED technology combines the Kin tradition with modernity. Light-emitting diodes are characterized by high energy efficiency, long life and compact design.

Oluce coined thanks to the Kin the current trend to warm metals like copper or brass. Following this, Angeletti & Ruzza designed the Lys pendant lamp in 2013. The round, almost organic design of this lamp allows the noble copper coating work optimally. Especially in combination with other Lys suspension lamps it becomes a real eye-catcher and an asset to any living space. Also it is equipped with ultra-modern LED.

The traditional company Oluce combines past with modernity, creates unique lamps of perfect quality and formal elegance. Through the influence of trends Oluce is the market always one step ahead. The LightingDeluxe.com Light Journal informs you about the latest collections of famous Italian manufacturers such as Foscarini, Artemide or Modoluce. Let yourself be inspired.