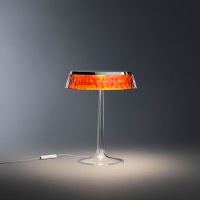 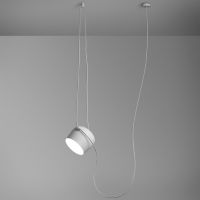 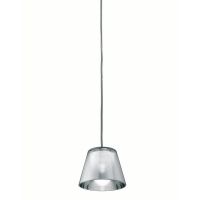 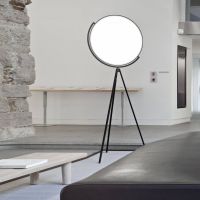 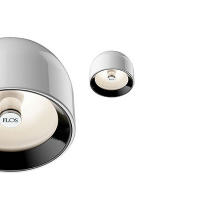 The foundation of the company Flos was laid in the 1950s. Visionary Dino Gavina wanted to establish his home country Italy as pioneer of a new facility culture. By joining forces with other supporters of this idea, an enterprise was created in Meran, Italy – nowadays we might call it innovation cluster. Entrepreneurs, designers and craftsmen came together and developed innovative concepts for furnishings of all kinds. A special cocoon-process was designed that is still used for the Flos Zeppelin chandelier, for example.

Even basic ideas and sketches for other classic lights date back to this era. One of these was the draft for a floor lamp, which became famous worldwide: It is called Arco arc lamp and contributed significantly to the company’s success.

Flos proves its courage to innovate every day still. That can be seen in the use of extraordinary materials, such as the elaborate plaster-cast of the Skygarden series, or adding advanced LED technology to the products, as one of the first manufacturers in Italy. The energetically favorable properties and long service life of LED lamps match the high quality standards of Flos.

In the wide range of products by Flos that LightingDeluxe offers, one can find traditionally designed pendant lights as the Smithfield or classic table lamps like Goldman, but also unusual creations like Lounge or Table Gun lamps.

Turn of the millennium, a new awareness of technology and its influence developed in humans. LED technology slowly outgrew the research stage and was brought to market. Flos recognized the benefits of integrated lighting solutions and was one of the first manufacturers in Italy, who produced LED lights. Here Flos did not just replace conventional lamps with the modern technology, the Italians were inspired by the new opportunities and developed previously unprecedented designs.

For example, the thin luminaire head of the Kelvin LED Desk Lamp is only possible by the microarchitecture light emitting diodes. With cold white light, it is particularly well suited for the home office or office. It is made of high quality aluminum and inspired by its restrained, formal style. Especially for the professional sector Flos expanded its range 2007 with the Flos Architectural line. With this the traditional Italian manufacturer responds to changes in the lighting market, the diversification but also demanded specialization. The Architectural line is characterized by similar high quality as the classic Flos designs, but far more restrained and functional.

LED lighting and sustainability are important issues for you? Then visit our LightingDeluxe.de Light Journal and discover the latest information about this modern technology. Let yourself be inspired by the latest creations of other Italian manufacturers such Fabbian, Artemide or Catellani & Smith.